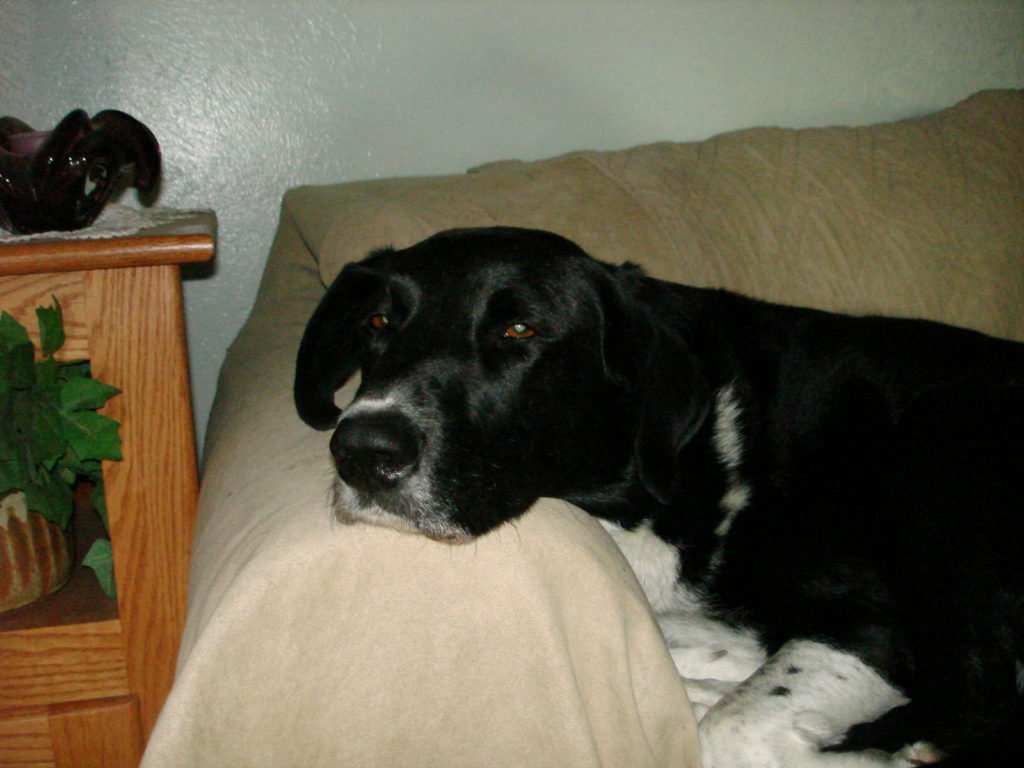 If I received a recommendation for surgery for myself, I would research options. If no other option besides surgery was feasible, I would seek a second opinion on the type of surgery I might face. I decided to do the same for Jessie. Although I had great trust in Dr. Probst, the results of the MRI, and the other veterinarians who recommended Dr. P as “the one” for Jessie, I wanted to satisfy my own sense of leaving no stone unturned.

I did not want face a negative outcome for Jessie and then be told that another approach/surgeon would have been preferable. I wanted to feel completely satisfied that I was making a logical, sensible, and informed decision before allowing someone to cut into my dog’s back. I had heard myriad horror stories about human back surgeries and other medical malpractice nightmares. I did not want to look back at Jessie’s life and feel I had subjected him to any ordeal in my own ignorance.

So I researched neurologist/orthopedists at other specialty veterinarian hospitals. Dr. Glenn Rouse, the doctor who had attended my Aussie many years before, had retired but I thought perhaps someone in the practice he started might remain who had worked with and been mentored by him. I called Colorado Veterinary Specialists in Littleton, Co and was told that one of the current owners was a protégé of Dr. R. I made an appointment and was honest about it being a second opinion.

Our appointment with Dr. Beth Lewis was extremely detailed in her analysis of Jessie’s condition. Dr. P’s office had sent over all pertinent information on Jessie’s situation, even though Dr. Lewis could have been a competing influence. Dr. L and I discussed addressing Jessie’s symptoms vs. surgically fixing him. His pain could be handled with analgesics and later, stronger medications. His condition would deteriorate over time however, and his pain would increase. I had lived with severe chronic pain of bilateral hip dysplasia and knew intimately what he might face.

For twenty-five years I woke up each morning knowing the amount of pain I felt before I rolled over and rose for the day would be the least amount of pain I would feel over the next twenty-four hours. My life revolved around eating so I could take my pain meds, how far I would have to walk, how long I would have to stand, and how to hide my increasing limp. The long term depression that accompanied my physical deterioration was as difficult to bear as the nagging aches. When I finally had bilateral hip replacement surgery, I awoke in the recovery room with surgical discomfort, but with the quiet of absent arthritic pain. I knew for Jessie, it would be the same. Surgical pain would get better and better; debilitating chronic pain would only become worse and worse.