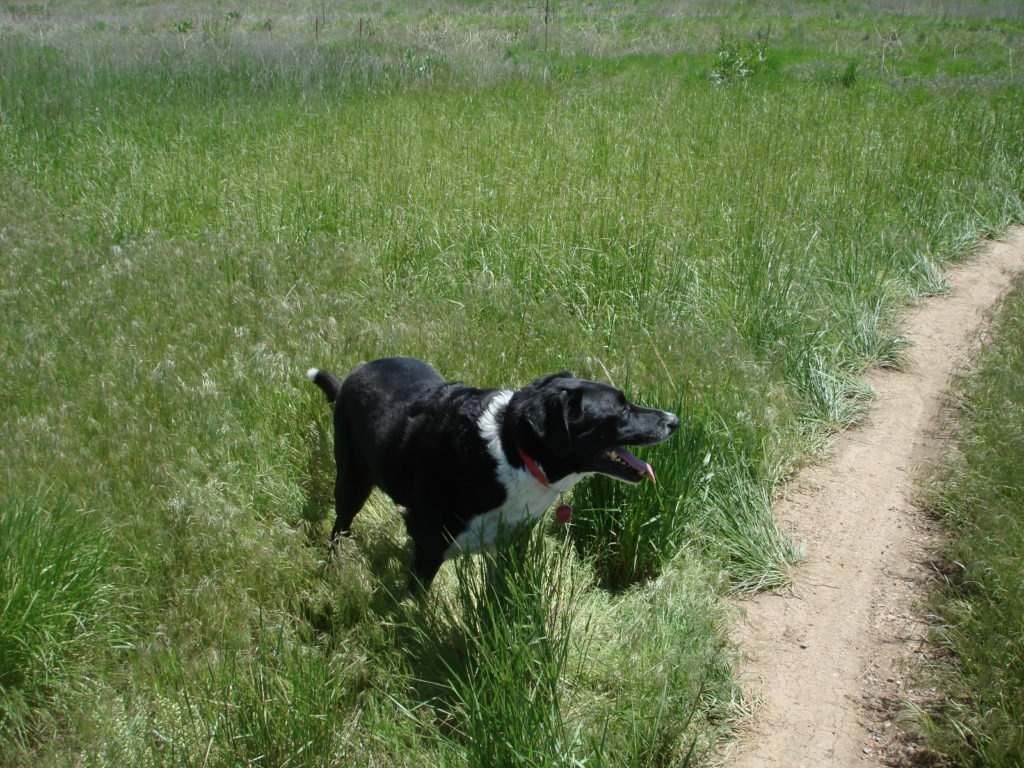 Jessie had never been inside a house. He had never been alone or confined in a small box. He felt growing claustrophobia and was unable to cope with the new sensation of isolation. He panicked in the crate. It took him most of the day, but he managed to chew a hole through the hard plastic and escape into the apartment. Immediately Jessie ran from door to window to another door. He could not find his way outside—the only comfortable environment he knew.

Panting with anxiety, his bloody mouth left saliva stains throughout the apartment. In the process of looking for a way out, he shredded pillows, ripped open a couch, and yanked down blinds. He lost control of his bladder and bowels, which destroyed the carpeting. When his new owner returned from work, he yelled at Jessie. Noise sensitive and submissive, Jessie dropped into a heap on the floor. Within an hour Jessie was returned to the shelter. He was scheduled to be euthanized for “extreme fear.”

This is an excerpt from my book, Beyond Flight or Fight: A Compassionate Guide for Working with Fearful Dogs. Jessie’s story is one of many about misunderstood fearful dogs and how they were saved.

After Jessie’s death sentence was determined, the foster care manager called me for help. “We can’t test dogs for house destruction in the shelter,” she said. “Will you take him and see if he destroys your house, and if so why?” She knew I loved rehabilitating fearful dogs—discovering what they needed and helping them fit into the human world. “Jessie is terrific in every other way. Please help save his life,” she pleaded.

So ten years ago this morning I agreed to risk my 19th Century antique furniture and meet Jessie. Once home with him, I employed everything in my “bag of tricks” for temperament testing. I left Jessie for short periods during which I backed my car out to the driveway and returned. Although I was happily greeted, Jessie showed no sign of frantic attention-seeking. I drove down the street and secretly returned on foot, creeped through flower beds, and peered through windows. Each time, Jessie lay around the house or dozed on dog beds. Jessie never destroyed a single thing. What was the difference between my home and the previous two he’d had?

I realized that he needed the companionship my three cats and elderly Tibetan Spaniel provided. He was never alone. The shelter management agreed to spare his life if I adopted him. He had two previous failed adoptions (wherein he had been the only pet) and that was all they allowed. No one took the time to figure out what he needed. He was sentenced to die due to human errors.

Although I did not want to take on the emotional responsibility of another dog at the time, I could not let Jessie die. I continued my research into his needs with renewed motivation. Each challenge I presented uncovered a dog of intelligence, sensitivity, huge will to please, and quiet courage. His self-confidence blossomed and he helped me rehabilitate other fearful dogs. Non-aggressive, compliant, and patient, Jessie helped me discover what all our shy foster dogs needed so they could also become adoptable.

After one year together, Jessie passed tests to be a shelter mascot dog. He accompanied me in Humane Education lectures to schools, churches, senior residences, and nursing homes. He was featured as a full-sized cardboard cut-out at shelter fundraisers. He was the on-air “director” of an all-species television advertisement for the organization. The shelter then lauded him as, “the quintessential example of a shelter dog.” Best of all, he became my best friend. 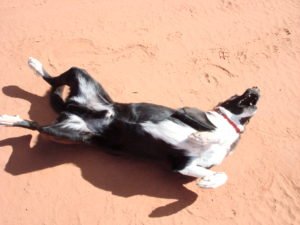 Ten years later, Jessie has recovered from the chronic pain of a bulging back disc, sciatica, and increasing disability after sensitive back surgery (see my blogs at www.sunnyweber.com). He is twelve years old and still runs, plays, and relishes affection. He rolls in dirt, wades in lake water, explores field trails, and wiggles with joy whenever his leash is presented. He has saved numerous baby birds when they fell out of houses in our yard with his soft Labrador Retriever-mix mouth. Although slimy, I could place them back in their nests when he magnanimously brought them to me.

My furniture remains intact, my house is warmed with his presence, and my life has been enriched by Jessie’s patience and acceptance of me. He has forgiven human errors that could have cost him his life and I am determined that the remaining years of our partnership will be focused on whatever needs he presents.

Jessie’s life has been full of dog friends, cat companions, exercise, love, and most importantly—one home with one human who protects and loves him.