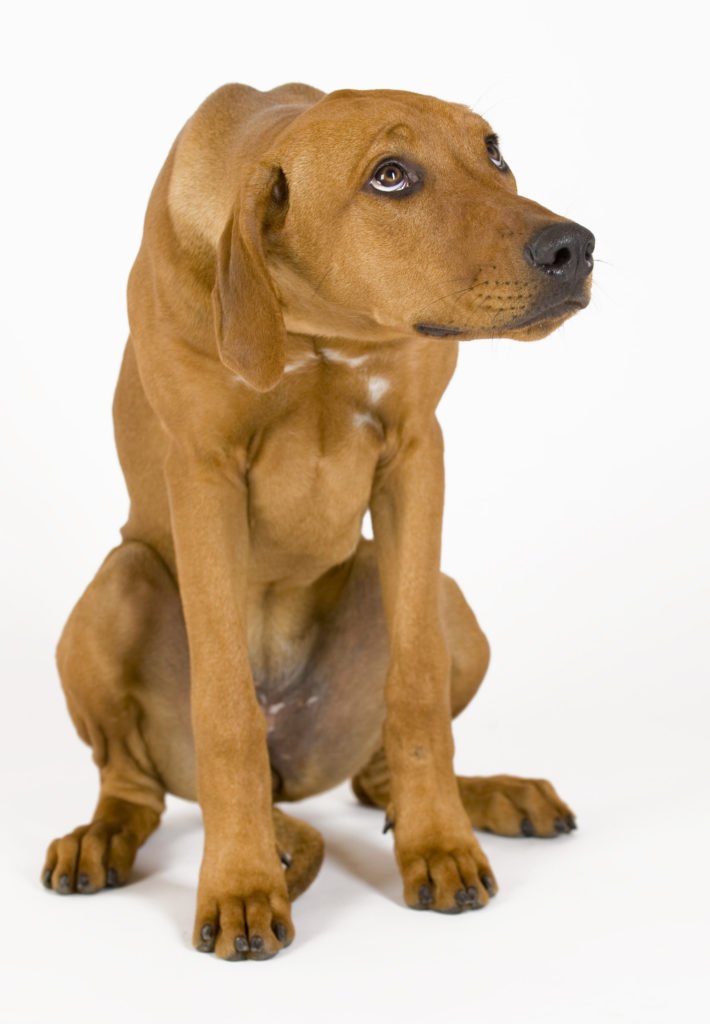 This old bumper sticker was popular during my college years as the Viet Nam war was raging. The Birth Control Pill was new and available enough to protect casual sex partners. Almost every one of my peers was against the war and we were the first generation that effectively forced our national government to abandon such a massive misstep. Later, as I began to work in dog behavior, I found kindred spirits in the pacifist approach most pet dogs employ when their human is upset—with them or anything in the immediate environment. My heart has always gone out to the averted eyes and hung head of an appeasing dog.

I have never enjoyed the current trend on the internet where owners video and photograph their dogs as they “shame” them. Some are funny, some are sad, but all are unfair. The indignity of placing a placard around your dog blaming him for anything from eating your couch to overturning trash receptacles is our own human form of entertainment. Dogs don’t get it. They end up in emotional turmoil during the verbal assault, which is most often ignored by the videographer—their supposed best friend. Would we be as unfeeling to our human friends?

These videos plainly show the burgeoning fear and consternation in dogs’ faces and postures when their people repeat, “Did you do this? Aren’t you ashamed?” The problem is two-fold. First, the dog will not understand the words, only the tone. Dogs can decipher a negative tone in your voice but they cannot associate it to an action they partook in hours before they were coerced into being filmed and criticized. Secondly, by placing such a video on U-Tube or the like, you encourage other humans to engage in anthropomorphism—the assignation of human traits (such as revenge, jealousy, embarrassment, etc.)–and the belief that dogs “know” they were at fault.

Neither of these human behaviors are of humane benefit for the dog. Ridicule is just plain mean. To any victim. To publicly embarrass, shame, and criticize a person could end up in a defamation-of-character lawsuit. Our passive, loving, never questioning pet dogs are easy victims for our bullying.

Through thousands of years of cohabitation with humans, dogs have developed extreme sensitivities to our facial expressions, body postures, and voice intonations.  Such sensitivity should be treasured, not taken advantage of. New research shows that dogs limit their eye contact with angry humans, and look away. They drop their body into rounded shapes and tuck their tails—postures humans instinctively understand as submissive and non-threatening.

Physical attempts to appease humans by non-challenging behaviors and body language evolved as dogs were domesticated because it benefited them to avoid conflicts with humans. Shelter, food, and companionship was at stake if a dog angered his person enough to be rejected. Valued resources for the dog were obtained from people, and they quickly learned how to tip-toe around human emotional instability.

Although dogs cannot associate their own actions with human disapproval the way we learn to obey our parents, they are such social creatures that momentary isolation is often the only correction they need to abandon a behavior that causes it. That is why punishment is unnecessary in training, and is actually inhumane. Correction that guides a dog to acceptable behavior and praise has been proven to be more effective that criticism, physical pain, and ridicule. These human traits are (finally) considered abuse if perpetrated upon a child. Why do we continue to think they are fair and work on dogs?

University of Helsinki, Finland researchers trained 31 dogs to lay in front of a video screen. Facial photos of humans and dogs were shown with threatening, pleasant and neutral expressions. Each photo was displayed on the screen for 1½ seconds. Nearby cameras tracked the dogs’ eye movements. Dogs in the study looked mostly at the eyes of humans. When dogs looked at expressions of angry canines, they lingered more on the mouth.

When the dogs saw a displeased person, they averted their gaze. Dogs have learned to detect threat signs from humans and respond in an appeasing manner, according to researcher Sanni Somppi. The researchers also noted that after initial focus on human eyes, dogs quickly and widely scanned the entire face to sense human moods. This indicated that dogs compile information from all facial features, just as humans do.

Dogs are quick and astute students of their own humans’ facial changes and meld those observations with our body movements and postures. In a flash, they compile everything we unknowingly communicate into their own interpretations. Then they respond in ways they have learned we react positively to. Avoiding conflicts have helped dogs develop strong bonds with humans (who notoriously reject anyone who does not conform to their own expectations), and therefore, the continuation of access to important resources—physical and emotional.

Appeasement behavior is the ingenious coping mechanism of a highly social, intelligent, and focused companion. Few humans can match the speed and sincerity of a dog who seeks to maintain trust, love, and peace with the human he depends on. We should return our dogs’ devotion with benevolence, not superficial ridicule meant to entertain people we don’t even know on mediums that can quickly spread our cruelty, ignorance, and insensitivity around the globe.