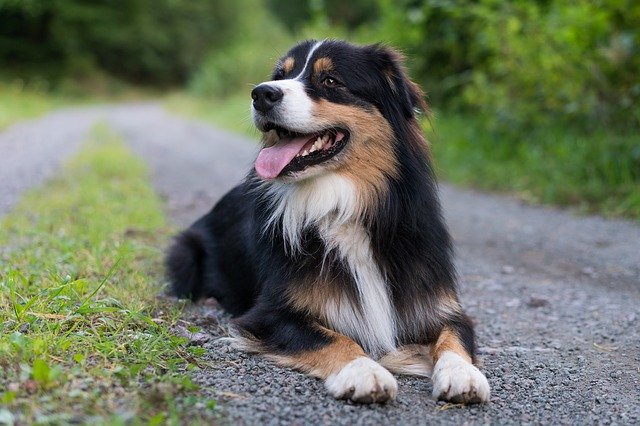 Why I Wrote Dog at the Gate: How a Throwaway Dog Becomes Special

Christmas Eve Day 1999, my beloved Australian Shepherd died in my arms. I was left, with my other pets, to grieve his loss. The more I thought about his unique life and death, the more I saw the gifts he gave me.

The Dog at the Gate is his story. He was a reject, a shelter dog with a history, a behavioral handful, and the first foster dog I took in that I did not like! Over our months together I came to understand him and he developed into The Dog at the Gate. We were together only six-and-a-half years but he changed my life.

Writing eased my grief and I thought if one dog’s story helped me cope with loss and life’s ups and downs, that perhaps it might help others. As I considered the point of view from which the story would launch, I could see no other way to make it resonate than to write in first person, er, first dog–from the dog’s vision of his world. So it became an autobiography.

Ironically, just one year after I began my dog’s story, I suffered a traumatic brain injury in a car crash. I became suicidal, depressed, withdrawn, and could not see colors, find my way home, and cried uncontrollably. For five years I suffered as a human Guinea pig for drugs. I cringed under myriad headaches, erratic sleep, PTSD, and thrice-weekly therapy sessions. Worst of all, I was unable to punctuate, put a sentence together, or create an original thought. I had to quit writing.

To force myself out of myself as I waited and hoped for healing, I began volunteering at a shelter. I wanted to teach about animals. As a professional humane educator, I taught hundreds of children about what dogs and other animals need. Standing in front of a crowd of squirming children, I realized that if I were fortunate, each child would take one thing away from class; they would forget the rest. I contemplated the importance of books—of having a physical lesson/story that a child could go back to again and again.

I recalled the influential books of my own childhood, the books that eventually formed the animal advocate that I became as an adult: Beautiful Joe, about an abused dog who was rescued and helped others; Black Beauty, a riches-to rags-to-rescued horse; Thomasina, a cat who was thought dead but comes back to life with amnesia, and yet draws a family together; Bambi, a wild fawn who faces the trauma of losing his mother to hunters; the rabbits of Watership Down. These books remained in my mind because each animal told his or her own story. Lessons taught by animals stuck much more than books about animals.

One little book I’ve long forgotten the name of was narrated by a baby buffalo. It embedded itself into my psyche and has remained for sixty years. This little book taught me about the slaughter of the American Bison in the Midwest. The resulting endangerment of the bison as a species was a first truthful story of the settling of my own state. I became a conservationist on the spot, at age seven. But it was through an immature voice such as my own at the time, that the story took root in my memory.

If The Dog at the Gate can remain in even one child’s memory when he or she grows to adulthood, and that child grows into an educator, conservationist, behaviorist, or any other profession that services and saves animal lives, my goal will be attained. 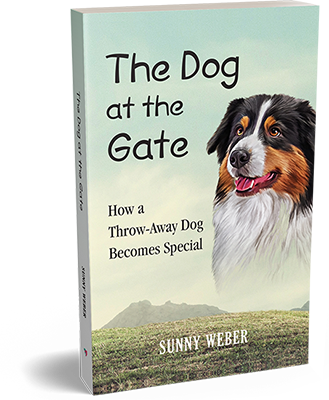 Posted in Dog At The Gate Book, Press Release