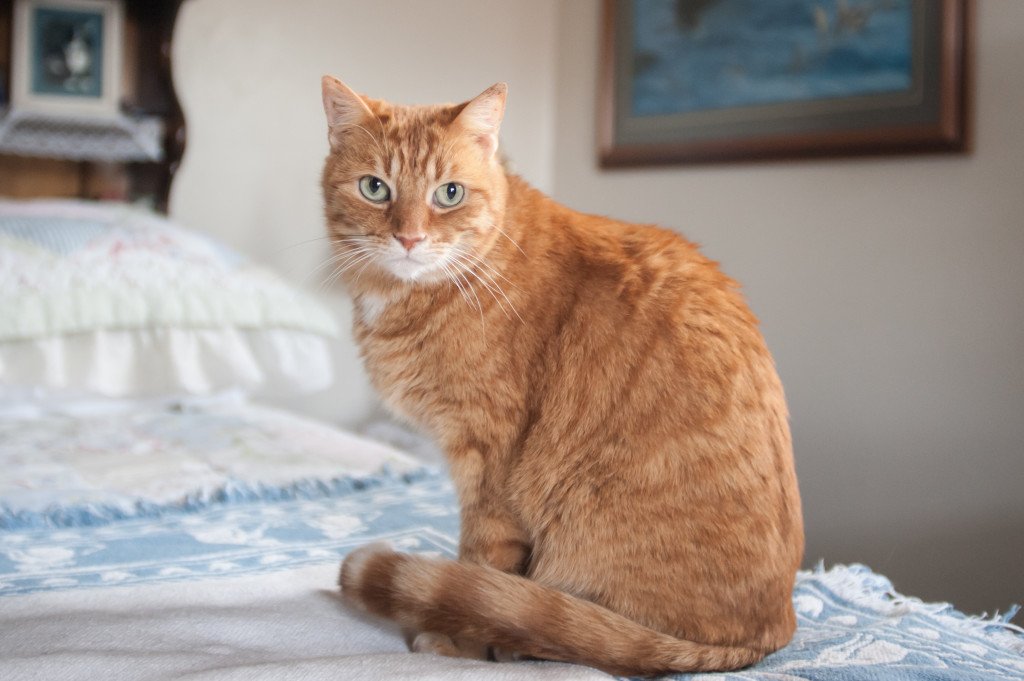 Pet cats are especially attuned to spring. They respond to warmer temperatures and longer days in instinctual yearnings to wander, seek prey, mate, and sleep less than the usual sixteen to twenty hours a day they do in winter. It becomes urgent during these times to keep your cat indoors for several reasons.

First, even though your cat may be (and should be) spayed or neutered, restlessness to seek out other cat company will remain. Loose to roam, many cats infringe on other cat territories and end up in conflicts which result in expensive veterinary visits.

Wandering can also make your cat vulnerable to predatory animals such as dogs, coyotes, foxes, raccoons, and skunks. Birds of prey (red-tail hawks and owls) can take a cat quickly, even if they are within feet of their helpless human. Owls have been proven to be the only truly silent bird flyer and no potential prey can escape their deadly drop out of the sky.

Cats often become lost when chased or through exploratory roaming. Contrary to common beliefs, cats do not scent their way home. When lost, they find hiding places and hunker down until they die of dehydration, starvation, hypothermia, or until found and dispatched by a predator.

Vehicular traffic is a common cause of injury and death to cats. When frightened by what seems to be a large threat, cats freeze to avoid detection—an instant death sentence in the path of an on-coming vehicle. Because cats become more nocturnal when weather warms, they are difficult for drivers to see after dark. Their small stature renders them invisible under headlights that shine above their crouched level.

Unfortunately, there are unscrupulous people in your cat’s world as well. Every mass murderer in history began their sadism by cruel mistreatment of animals. All start on cats and escalate to larger animals and then to people. This phenomena has been well-documented and is called “The Link” in law-enforcement and humane organizations. It is easy to find stories of how “normal” such people appeared before they were apprehended following a heinous crime perpetrated upon a human. Do not take it for granted that your cat is safe around people.

Even if your cat survives potential lethal threats, she may become the threat. Thousands of songbirds are killed by house cats each year. The peak time for endangerment is when fledglings begin to fly. They frequently land on the ground after an initial effort to leave their nest and parent birds will continue to feed them until they learn to fly into higher branches for safety. If your cat is out and watching the helpless babies, the parents are unable to protect them. Even the most staid, sleepy cat can become an aggressive stalker when primitive instincts motivate behavior.

Responsible cat caretakers keep their pets indoors where they remain safe, healthy, and affectionate. Wandering outdoors brings out wild behaviors and lessons your cat’s attention on you. Responsible and loving care involves protecting the vulnerable, especially when they do not know they are vulnerable. There is no biological reason that pet cats need time outside; both physical and psychological enrichment can be accomplished in your house–with you.