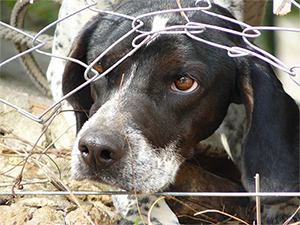 The end of WWII brought American agriculture the dual dichotomy of over-production of food goods, which lowered prices farmers could make on their products. Farming became easier with the advent of new machines, widespread access to gasoline, and the development of chemical fertilizers. However, labor costs rose as men returned from war and re-entered the job market.

Jobs that had been held by women (who worked for far less money) through the war years were re-confiscated for men, because they were considered, “the heads of households” and therefore, needed to be able to support families. Women were once again relegated to the home to become, “barefoot and pregnant.” The infamous Baby Boom then occurred, with record numbers of children born into one-wage-earner family units. Farmers in particular, fathered more children than city-dwellers, in order to have more unpaid hands on the farm.

The prices of the tools of farming (machines, gasoline, fertilizer, high-yield seeds, and hired labor) continued to rise, as the prices on food products dropped, due to saturation of the market. Hence, profit margins dwindled. The U.S. Federal Government instigated “subsidies” to encourage farmers to leave large swaths of farmland fallow and unused, with the hope that less supply would raise prices. Consequently, the farmer paid more for the tools of his livelihood, was paid less for his crop, and then was paid to not farm a percentage of his available land. The whole industry changed overnight.

Enter the concept of the “puppy mill”–a cash crop with comparatively little overhead, almost non-existent labor effort or cost, requiring no additional infra-structure on the average farm, and absolutely no government oversight or interference. Why had puppy mills not been thought of before?

Prior to WWII, the Great Depression hobbled disposable income for the average citizen. It was difficult to feed one’s children, much less pet dogs or cats. Animals of value were working animals (draft horses, mules, guard dogs, barn cats), or food animals (cattle, sheep, pigs, fowl). Pet ownership had been popularized for the first time in Victorian England, where aristocratic ladies spent their idle time and excess wealth on breeding dogs for the new hobby of dog showing. When WWI and then WWII challenged the strict hierarchy of nobility, and the extreme costs of running a castle caused many of the upper classes to lose their fortunes, pet ownership began to wane. The European mainland destruction of both wars eliminated homes, incomes, and decimated human families. Pets had no place in the turbulent lifestyles of that time.

Meanwhile, in America, an influx of Europeans trying to escape the class systems, political unrest, and poverty of the old countries, flooded our cities and over-loaded the up-and-coming factory systems of production. The American heartland of farming lost multitudes of its youth to the cities and higher-paying jobs or the war-time military. Those who remained on family farms were threatened by decreased prices caused by over-production, and the developing threat of being taken over by farming corporations that were quickly eating up poorer, less productive, smaller, family farms.

Following the end of WWII, the American economy boomed. Millions of young couples started families in the first-ever widespread phenomena of owning one’s own house, due to the availability of credit. Young families flooded the novel “suburbs” and wives stayed at home to tend the many children born. Pet ownership reappeared as a common part, and in some cases, a status symbol, of the new affluent lifestyle. Being able to buy a “purebred” dog was a sign of affluence, and “mixed-breeds” were looked down upon.

At the same time, veterinary medicine was transitioning from primarily large-animal practices catering to farms (which brought in little income with which to keep up with the ever-increasing costs of new knowledge and technologies), to small-animal veterinary clinics, which began to open in neighborhoods. Local clinics catered to cats and dogs, which provided a steady income from parents who could easily afford the modern requirements of rabies inoculations and other small pet medical needs with high profit margins. Spay/neuter surgery was expensive, and little known or cared about.

When neighborhood dogs and cats couldn’t supply the large number of pets wanted by now “middle-class” families, farmers saw their chance.Converting chicken coops, pigsties, rabbit hutches, and any other out-building they could, farmers began stuffing their empty cages with dogs. Some didn’t even bother to build buildings, but just stacked wire cages on top of each other outside, and filled them with hapless young dogs. Breeding as quickly as the canine reproductive cycle allowed, millions of dogs were used as machines–meant to churn out puppies as quickly as possible. Physical health, temperament, and quality of life were not concerns for the puppy mill proprietor. Profit from low cost/fast production was the only motivator.

With puppy supplies quickly abundant, the next new business to rise up in the suburbs was the “pet store.” These physical stores stocked dogs, cats, turtles, birds, fish, and any other small mammal that growing children could dream about. Little education was available or offered as to the needs of any species, and there was no research into proper nutritional needs of the animals held captive for human entertainment.

By the mid-1960s puppy-mills, pet stores, local veterinary clinics, and suburban homes with many children, created a circle of supply-and-demand that reached its zenith in the highly affluent 1990s.