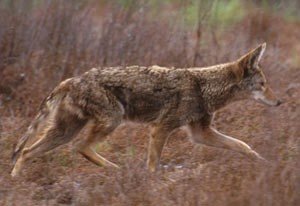 I awoke again today to my next-door neighbor’s two Shetland Sheepdogs barking. They are like wind-up toys—the minute they shoot out of their back door, they dodge around the yard yapping. They do not quiet until they are back inside. The old man often lets the dogs out early or late, and has been cited for breaking noise ordinances.

This morning they were at it again, barely past the am ordinance. Throughout the three decades I have lived in my home, a consecutive chain of dogs have come and gone next door, and they have all been barkers. The old man puts them outside and forgets they are there–or does not care. Most of his dogs have been big—boxers or labs—but these two small Shelties were taken in after an acquaintance passed away a few years ago. I have learned to live with the noise and do not blame the dogs. I only wish the neighbor would be more conscientious about them.

I shuffled around my upstairs, opening the window cell shades to the rising sun. When I reached the back bedroom that overlooks my yard and the old man’s, I could also see the expanse of the field that backs to both our yards. Every day I am grateful for the open space beauty that glides up to my tree-lined, six-foot high fence border.

Instantly, my eyes were drawn to action in my neighbor’s yard. The two dogs were wrestling. In the first split-seconds of my attention, it seemed like an overly aggressive game. Suddenly I realized, it was not the two dogs. It was one of the Shelties underneath a coyote—fighting for its life! I flipped my window lock to open the sash and yell.

In that infinitesimal flash of time I was overwhelmed with adrenaline and a sinking sense of helplessness at the same time. Before the window slid up, the little dog broke free and dashed for porch. The coyote looked as though it was going to chase but instead turned, flew over the low chain link fence and disappeared into the field.

The old man hobbled out blaring an air horn—a typical “hazing” tool meant to deter predators like urban coyotes. But he was obviously too late—the coyote was nowhere in sight. I worried to myself about the possible injuries to the dog. But then I became mesmerized as the man tottered to the gate, which was closed and latched. He went into the field with his air horn and looked around. What was he doing?

He stopped at the edge of the deepest grasses, past the short stubbles the city cuts for a fire break. He bent over and pulled at something. Up out of the grass came the floppy, limp little body of the second Sheltie. The coyote had had enough time to enter the yard, confront both dogs, grab one, and go over the fence, where it was free to kill. The second dog must have remained at the fence barking because the coyote re-entered the yard just as I opened my window shade, and saw it attacking the remaining dog.

How long had the dogs been fighting for their lives? How long did it take for the coyote to approach, jump the fence, fight the dogs, grab one, carry, kill, and return? All the time the dogs confronted the coyote and the tragic drama played out, the old man remained in his house—unaware or ignoring his dogs’ pleas for help.

When dogs bark, they bark for good (to them) reasons. Only when the humans they are trying to communicate with ignore them consistently and over long periods of time, do dogs become habitual, nuisance barkers. Dogs bark because they are protecting, are lonely, afraid, or unsure. They bark to ask for help, they bark to alert their guardians—their people—to something they need.

When we ignore our barking dogs, we set them up for failure, disappointment, and lost trust in us–the ones they should always be able to count on.

When dogs bark to alert us—perhaps hoping for assistance in the protection of our mutual territory—and we ignore or chastise them, they remain vigilant in their duties. Each time they ask for attention, either for teamwork, company, comfort, or reassurance, and we do not respond appropriately, dogs lose trust in us as leaders, protectors, and partners. They will continue to bark, continue to ask, and continue to plead for us to help.

Only when the Shelties became quiet, did the man come out. By then, one dog was dead—alone in the field. The other was struggling under the weight of a wild predator, unable to call for help, frantically trying to avoid the killing throat bite of an experienced exterminator. The Sheltie could not cry out for a savior by then.

Tonight, a dog is dead. The life-long companion dog is injured and without her brother. The old man is probably heartbroken/guilt-ridden/remorseful/angry—at himself, nature, and life.

And I, who witnessed the tragedy from afar, am full of the images of tragedy, saddened by my own helplessness, and depressed that I did not get up ten minutes earlier, that I did not open my window shade five minutes faster, that I could not hear the dogs’ pleas from my own house. I could hear barking, but the walls of my house muffled the urgency.

I also feel guilty—that I had become so habituated to the constant Sheltie barking that I did not alert to the frantic calls of the small dogs who faced a danger their human did not protect them from. I am a dog behaviorist and I am ashamed that I did not listen to them either. Instead, I was again annoyed at the early morning invasion of noise.

The old man and I have never gotten along—he is arrogant, ignorant, and insensitive to people and animals. For years he criticized my work of fostering and rehabilitating fearful dogs. He reported me to the police for numerous fake violations (my city police knew and condoned my work), he stalked me on the internet, he engaged in bizarre behavior with visitors to my home, watched me in my yard (hence my privacy fence). He drove away his wife’s friends and other neighbors with cutting cruelty. When she died, he only had his dogs.

I began to feel sorry for the old man this morning—I would be crushed to lose a beloved pet so violently. But then, I remembered his years of neglect of all his dogs and I pitied only the dogs. The Shelties had no protector, no compassionate advocate. They were meant only for the pleasure of the man—companionship when he chose it; to be locked outdoors when he did not chose it.

Coyotes have been spotted in their yard often. The back fence is low, easily jumped, and easy to see prey through. The fast, zipping, barking Shelties kicked in natural “prey” and “kill” drives in any coyote. Although coyotes do not kill dogs for food, they interpret them as interlopers and competition for territory. They kill dogs to eliminate instinctual challenges for resources. This time of year is coyote mating and pupping season. Wild canids will become less nomadic and extremely territorial—with aggressive boundary enforcement.

For fifty years the old man refused to update his yard protection, although the rest of us have. My neighbors and I live on the border of suburbia and open space around a state park. Wildlife is common—the beautiful, the bold, the shy, the dangerous. Living on the cusp of humanity and nature makes it necessary to be aware of the seasons of life. This is the perilous time in all suburban neighborhoods—coyotes, raccoons, skunks, and owls are mating and preparing to settle into territories to raise their young. To ignore the natural cycles of urban predator life is to invite catastrophe.

Recalling the old man ignoring advice, refusing to step up in responsibility, and consistently neglecting a string of dogs, I became angry. He has forgotten puppies afraid of the dark outside. He has left dogs while he spent hours away from his house. He installed a fish pond in the yard, which attracted coyotes, raccoons, skunks, hawks, cats, and owls. He has fed his dogs on the patio and they have been forced to protect their bowls from all manner of freeloaders like mice, rats, and the larger predators they attracted.

Tonight I mourn a small dog I did not know. I will not sleep well with images of that innocent, limp and lonely body carried, under the arm of an ignorant isolated curmudgeon, to the house that should have been a safe place.

Tonight, I mourn for a wild animal who will soon be shot by police. The coyote is an animal doing natural, instinctual behavior that will lead to its own demise by a arrogant human’s revengeful demands for municipal action.

Tonight, a lonely and injured little Sheltie will start the rest of her life without the one who has been her constant companion since birth. She will now have to face life without the steady protection of her brother. She will be alone with a man who does not value her as she deserves.

Pets are a choice. People do not have to be pet owners. But if you choose to take on another life—be it a pet or a child—you take on the responsibility to be an educated and engaged protector, companion, and advocate for that vulnerable, innocent life. If you cannot take that responsibility seriously, soberly, and with all good intentions, then do not meld that life with your own. So many tragedies can be avoided with forethought, openness to learning, active advocacy, and loving awareness of the other’s needs.

All vulnerable creatures—human and animal—deserve protection by the powerful. We love dogs for their adoring trust in us. We must try harder to deserve it.