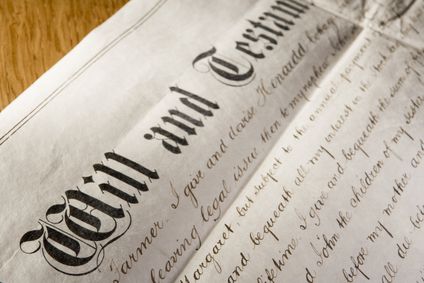 So began an e-mail I received recently. I read on quickly, trying to decide if this message was spam or for real. I was shocked and saddened to read that a member of one of the local Australian Shepherd dog clubs was killed the night before in a car accident. He left six dogs of varying ages and show levels that had been taken in on the spur of the moment and boarded by a kindly veterinarian. The next of kin were driving in from out of state but were a day or two away.

Because I was active in Aussie Rescue efforts this e-mail was bulk-mailed to many others and me. What eventually happened was the family arrived, signed over ownership of the dogs to Rescue who were then free to find homes for them. They were all placed within a month of the man’s death.

But not all pets are lucky enough to have a rescue organization that can quickly mobilize and help a grieving family. Another acquaintance of mine died of AIDS. He had been shunned by family and most of his friends were also dead or dying. His beloved cocker spaniel was placed by AIDS hospice in a local shelter. We never heard of this poor, displaced dog’s fate.

Do you ever let yourself wonder what would become of your pets if misfortune befalls you? What would become of them if no one in your family wanted them? Whether you have one pet or twenty, they are your responsibility and you owe it to them to provide humane care during your life and after.

Legal wills help estates stay out of state probate courts and therefore save human heirs much expense. But legal documentation of your wishes for your pets after your death must also be respected in many states. Drawing up documentation is not complicated and need not be expensive but can save your pets much confusion, trauma and possible euthanasia.

Imagine how your dog would feel if suddenly taken from his quiet, comfortable home and placed in a cage with hundreds of other barking, bedraggled homeless strays. How could he understand he would never see you again, much less comprehend this new, hostile environment? What if nobody wanted him?

Preparing your pet’s care instructions is not difficult but does require some thought and communication with your family and friends. This was my solution following research into the various options available. You will have to check with your own attorney regarding your state’s peculiarities.

I sat down one day and pictured a worst-case scenario for my pets and myself. We are currently a happy little family of two dogs, two cats, and two parakeets. My wish in a perfect world, of course, is to have them all lovingly adopted together to keep the family intact. But I had to face the fact the likelihood of that occurring was slim.

So I called a friend who had bred my Australian Shepherd. I asked her if she and her family would be willing to take him back if anything happened to me. Thankfully she was enthusiastic about it. She also said she would take my little poodle-mix and would find her a home if keeping her wasn’t an option at the time.

I knew had one “agent.” An agent is a person who will act according to wishes stated in a “Trust,” a legal form of determination of distribution of personal property. I could not find a personal agent for my cats or birds.

However, in my area there is an animal shelter that has a division called, “The Guardianship Program.” If the shelter is named in your will as a beneficiary of any amount, they will agree to take your pets and find them homes. All adoptable animals will be placed, not euthanased. I submitted all the shelter’s registration information including pets’ names, descriptions, lifestyles, diets, medical histories, microchip registration numbers, pictures, and known human vocabulary such as command words.

I also laid out my wishes for my “Pet-Care Trust Fund.”(See Sidebar) I set aside certain monetary assets that were to be earmarked for the Trust. Paragraph One was “Selection of Homes.” In this paragraph agents and the shelter were stated and my preference that my two cats be adopted together, since one is blind and the other acts as her “eyes.”

Paragraph Two was titled, “Payments to Caregivers.” In this paragraph the conditions for the payments from the Trust were defined. Paragraph Three concerned “Adoptive Payments” or how each adopter would receive a lump sum reward for such adoption. Paragraph Four defined, “Shelter Arrangements,” in case the Guardianship Program is not functioning or any agents should back out. Paragraph Five explained, “Termination and Disposition” of the trust, or when the Trust was no longer needed, what to do with the remainder of funds.

My written instructions were translated into “legalese” by my attorney, and the Trust Fund was inserted into the main body of my will, following the designations of distributions of financial and physical assets to a) my family, and b) my favorite charities by percentage. The Trust Fund was a lump sum not a percentage so it would come off the top of the estate after expenses.

If you suspect that someone who is a human heir may dispute the money going into the Pet Care Trust Fund, you can have your attorney add a statement that says anyone who disputes any part of your Will will simply cease to be an heir of anything.

I believe when you choose to become a pet owner it is as important as choosing to become a parent. A good parent would not leave a child to the whims of fate and so a humane pet owner should be as responsible. It is difficult to face your own mortality but ignoring the possibility that your pets could be “orphaned,” will not help them and may end up killing them prematurely if no one steps forward to take them or find them homes.

Shelters are overcrowded as it is so pets that are elderly, need special medical or behavioral care may end up invisible statistics in the cruel world of pet overpopulation. Painful as it may be, a bit of foresight and concern on your part may just win your beloved companion another loving human to continue life with.